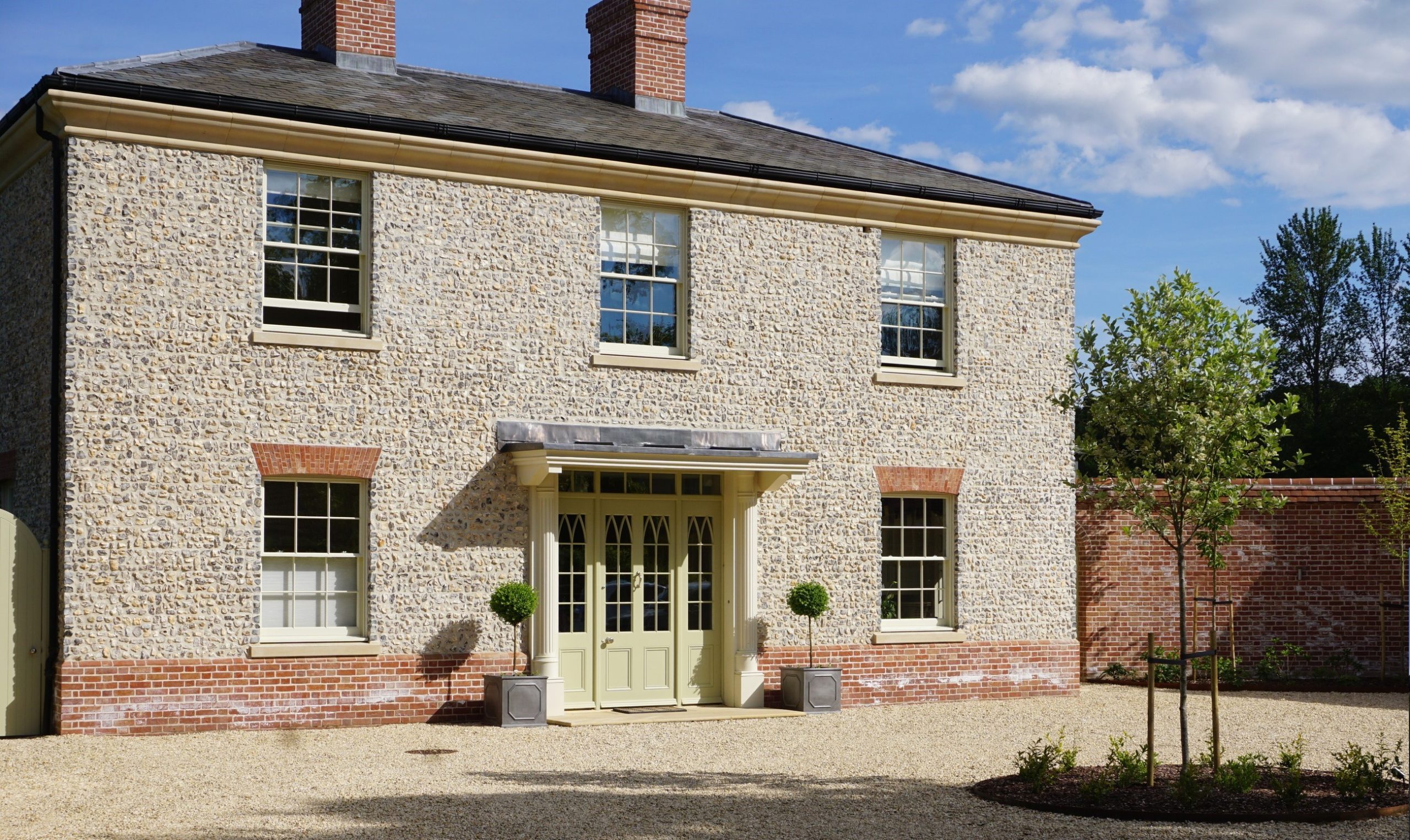 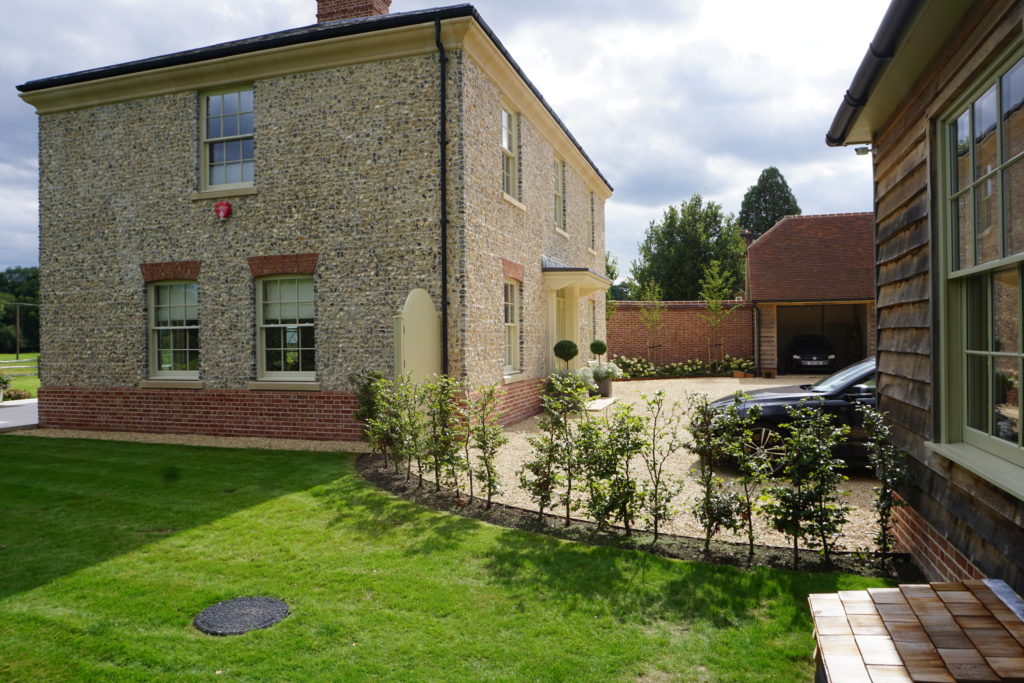 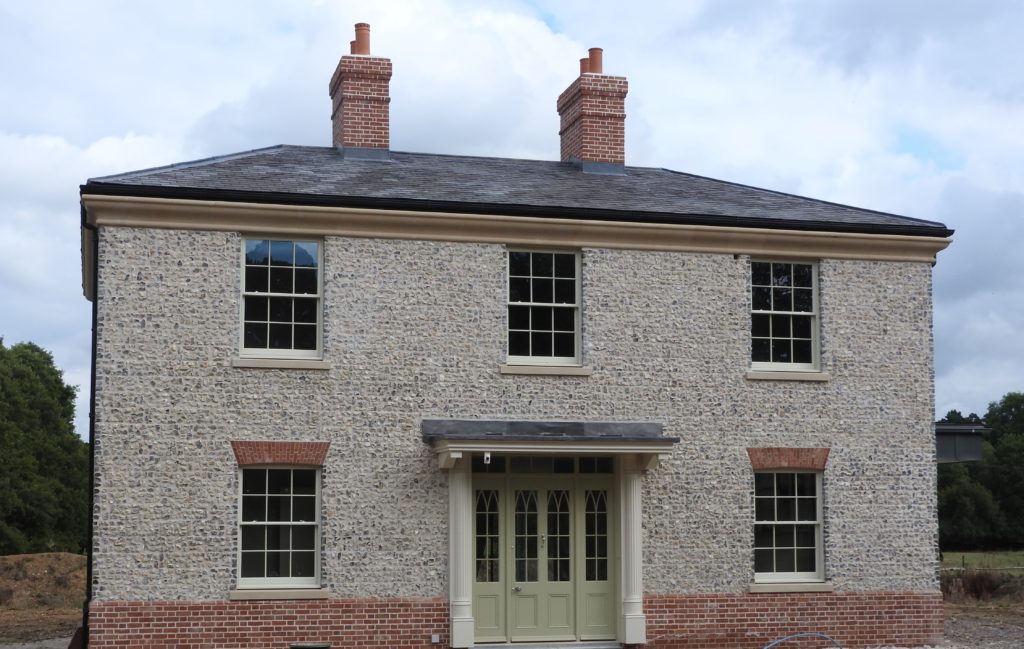 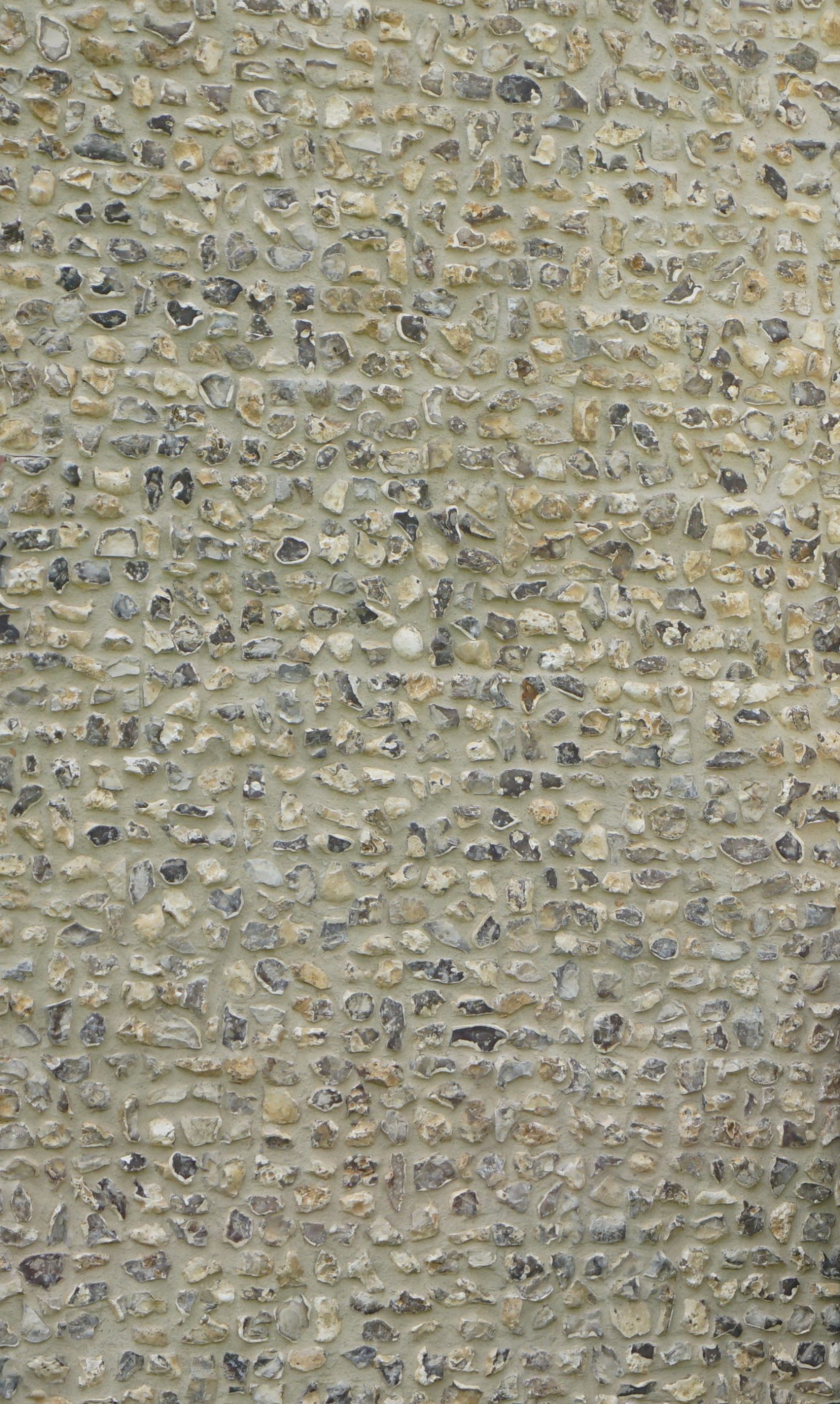 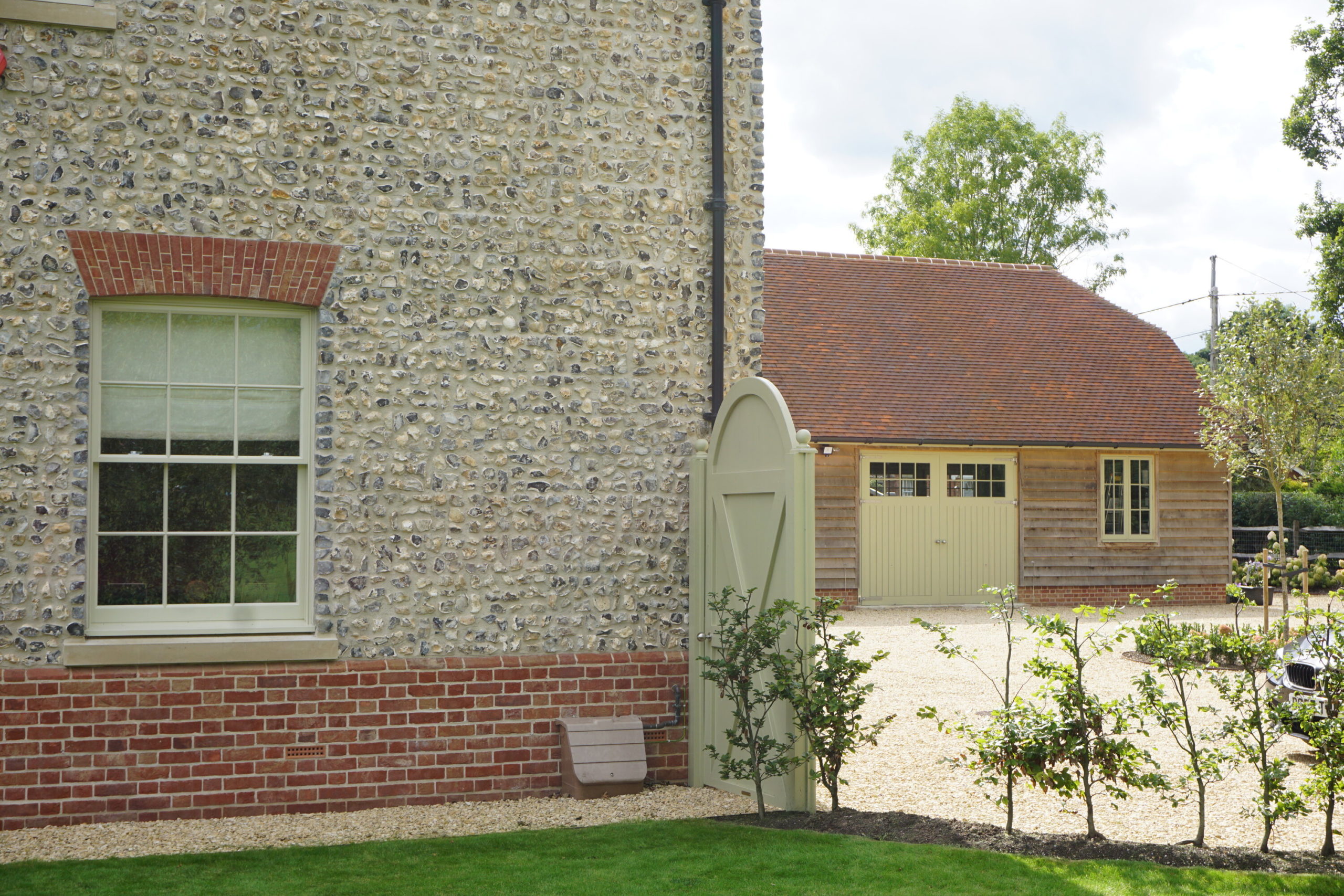 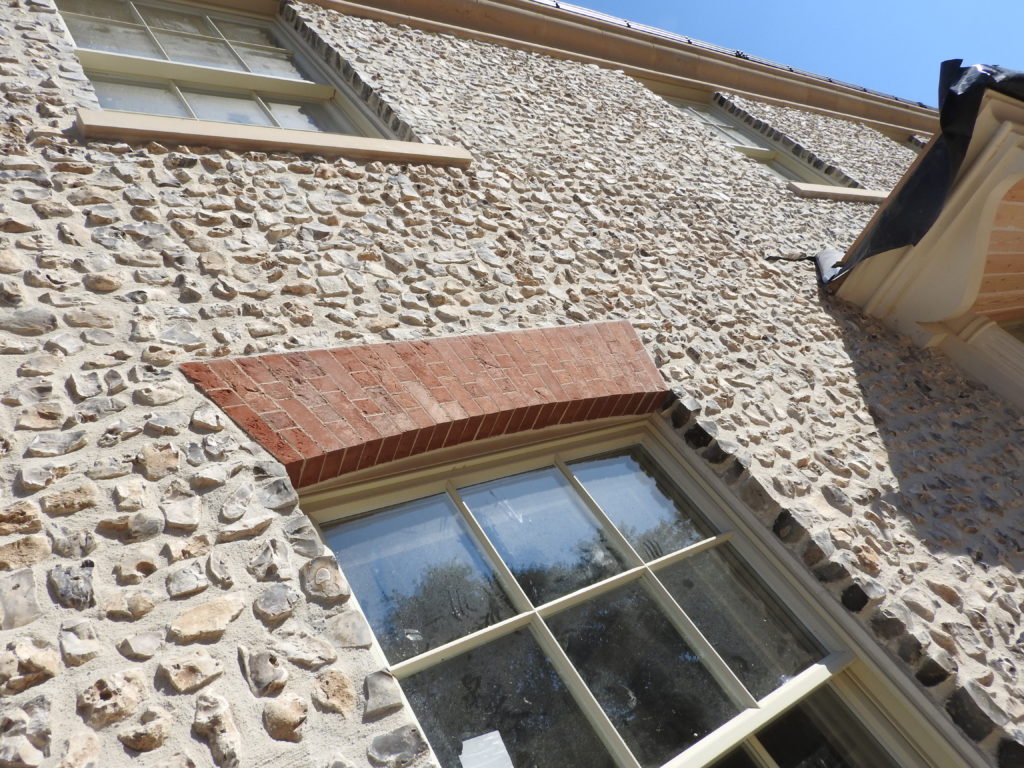 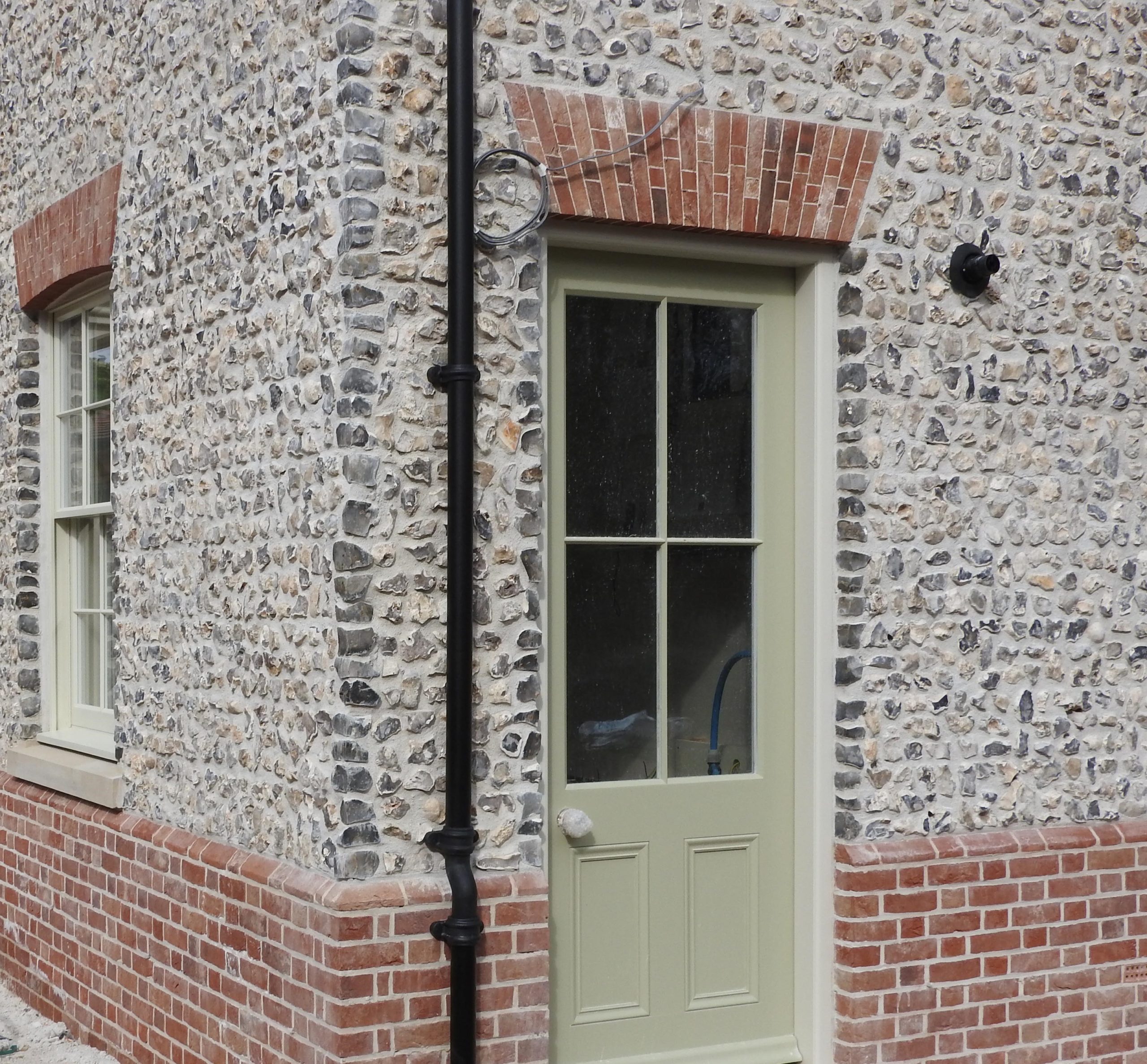 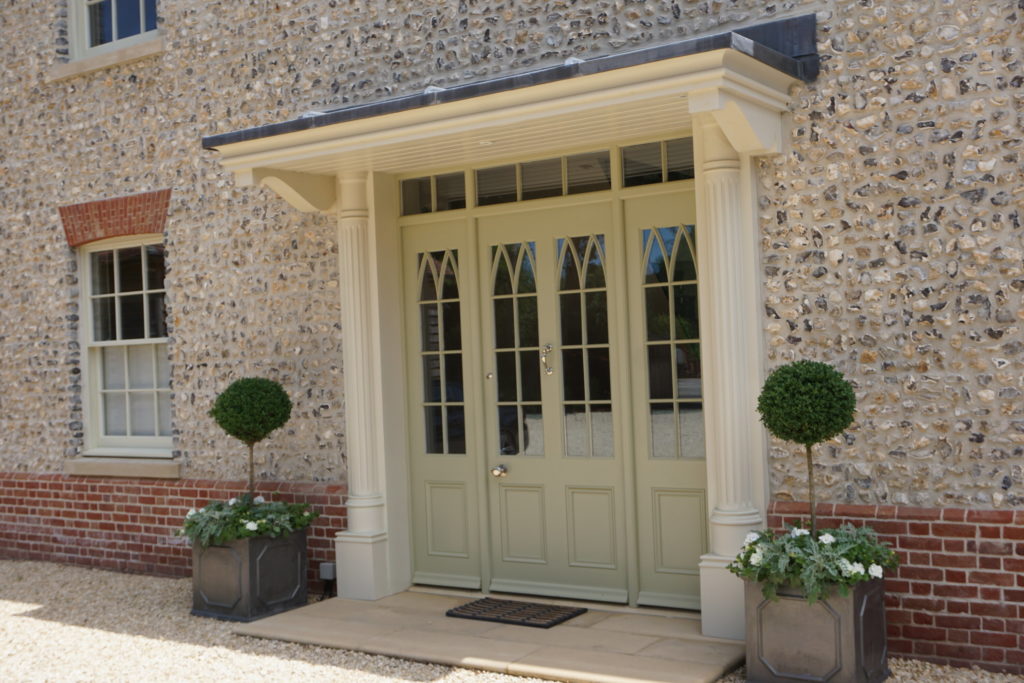 All Brick and Stone were approached for assistance with this project as the need for specialist facing materials were of great importance for this property. The Architectural Consultants from The Classic Architecture Company had a clear vision and design which needed implementing. Our unique and market-leading flint block system was of great interest for their design requirements.

Both our company and product were recommended due to the size of our flint blocks. They are designed to be used with a 5mm joint which enables the blocks to be laid close together and limits large areas of mortar. We also use a smaller flint which allows for a better flint ratio within each block and can be laid right up to the edge. The client had tried and tested other flint blocks on the market however, most looked false and gave large areas of mortar.

Unlike a lot of buildings where brickwork is used to frame and quoin the flint, this design mostly required an exterior with the majority laid in flint, therefore needing a number of special sized blocks including corner and reveal blocks.

After sampling various types and colours, both the client and architect chose the mixed field flint which has a mix of knapped and non knapped pieces ranging in colours from browns through to greys, yellows and cream. We used a darker chalk flint on the corners of the building and windows to create a feature, which also presents a sharper corner due to the more precise way a chalk flint breaks (knaps).

Care and time was taken in pointing the flint blocks once they were laid. The mortar was gently brushed back behind the face of the flint giving a very neat appearance and again reducing the amount of the mortar on show.

The brief also required assistance in the supply of bricks for the project, bespoke flat gauged arches with a gentle rise over the windows. The stone cills and bespoke cornice detail around the soffit of the building were also sourced and supplied.

The large chimneys on the roof were supplied prefabricated on a GRP frame and clad in the bricks they were using onsite – leaving just the joints open for site to point using their own mortar. The pots were vented ready to allow the client’s flues from their log burners to be run up through and vented out. An easy system to install awarding the design with a traditional look and feel.

The result is a beautiful bespoke home that accommodates the natural surrounding area.

We have been really impressed by All Brick and Stone's Flint Block System and would highly recommend their product. They are a brilliant company and always a pleasure to deal with.