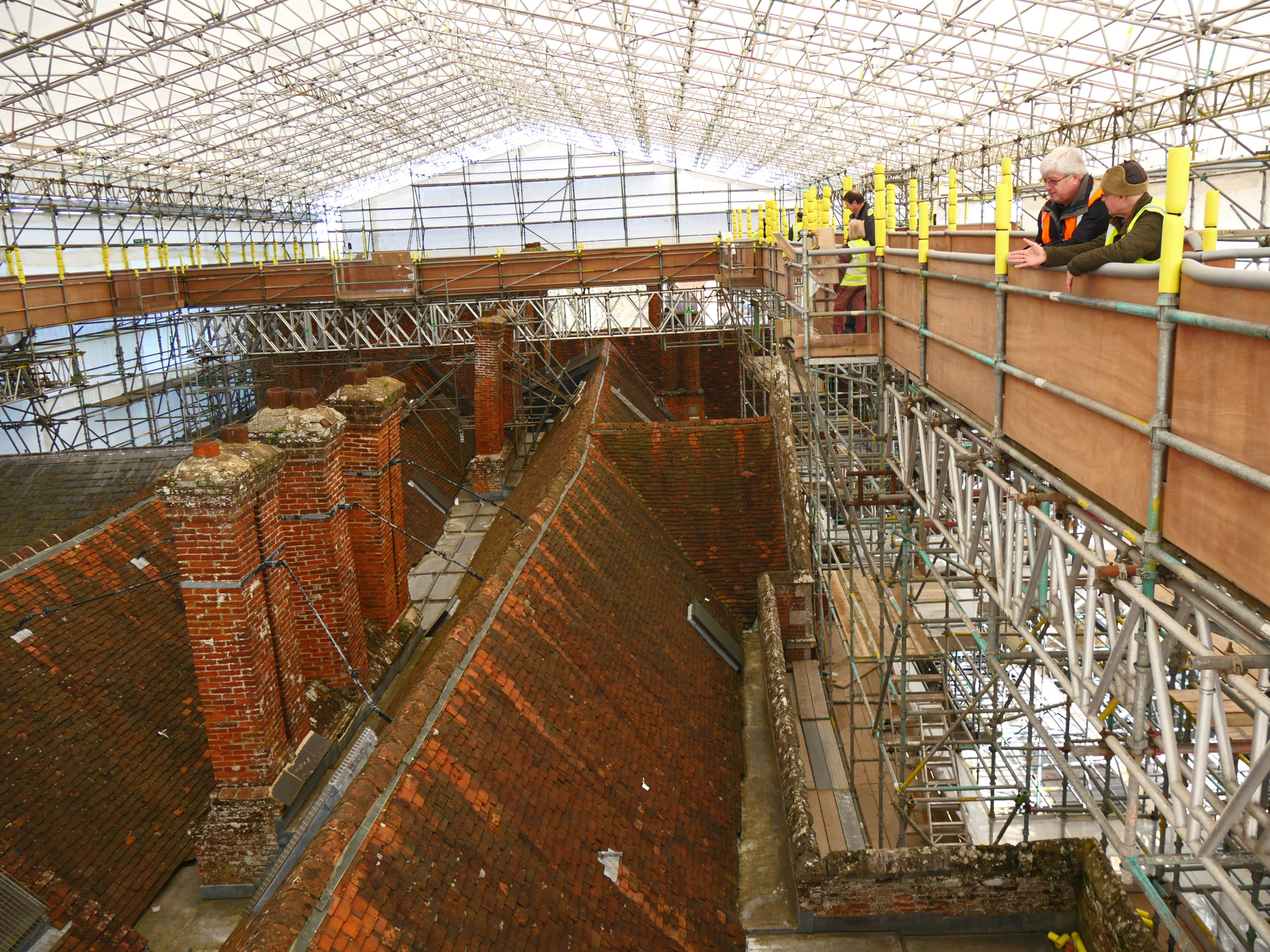 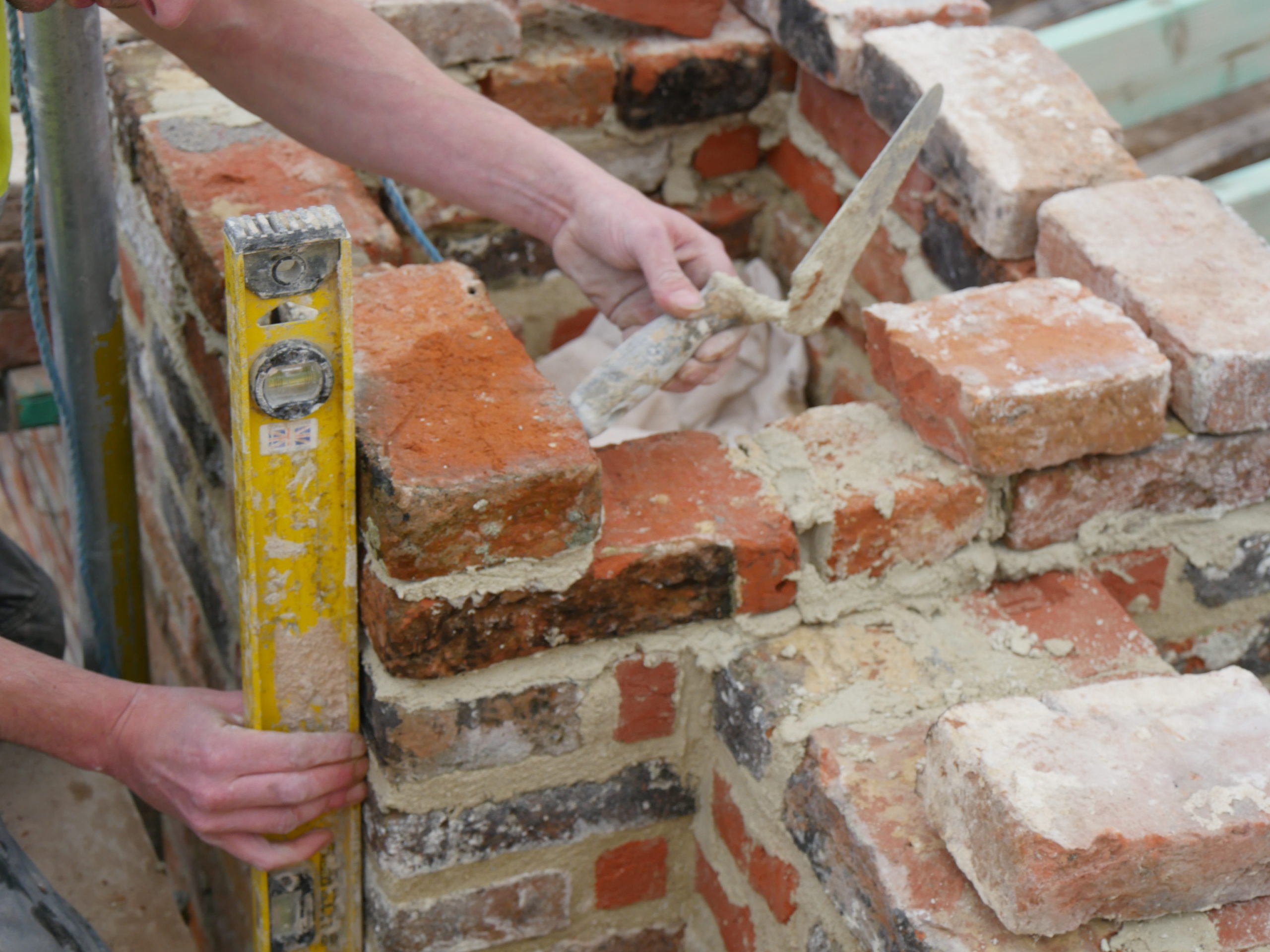 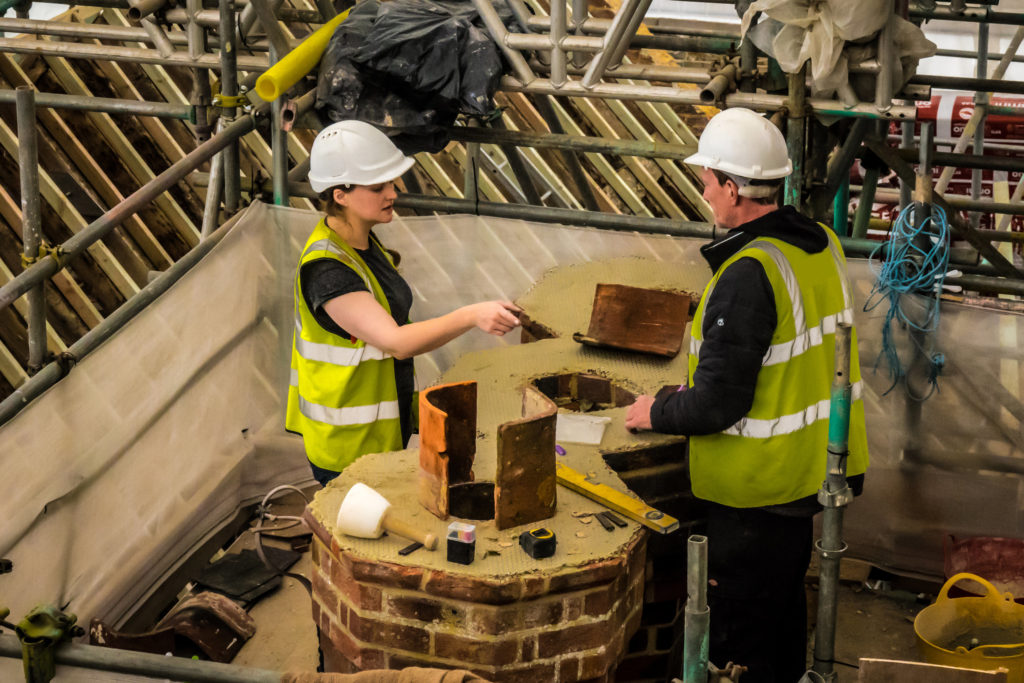 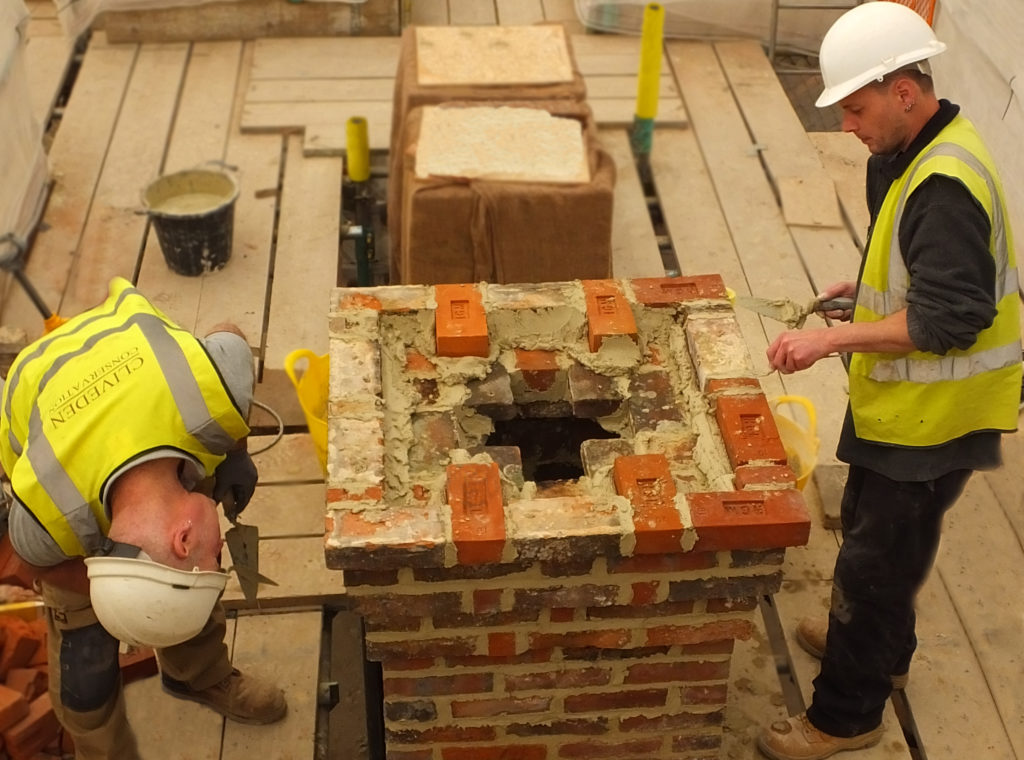 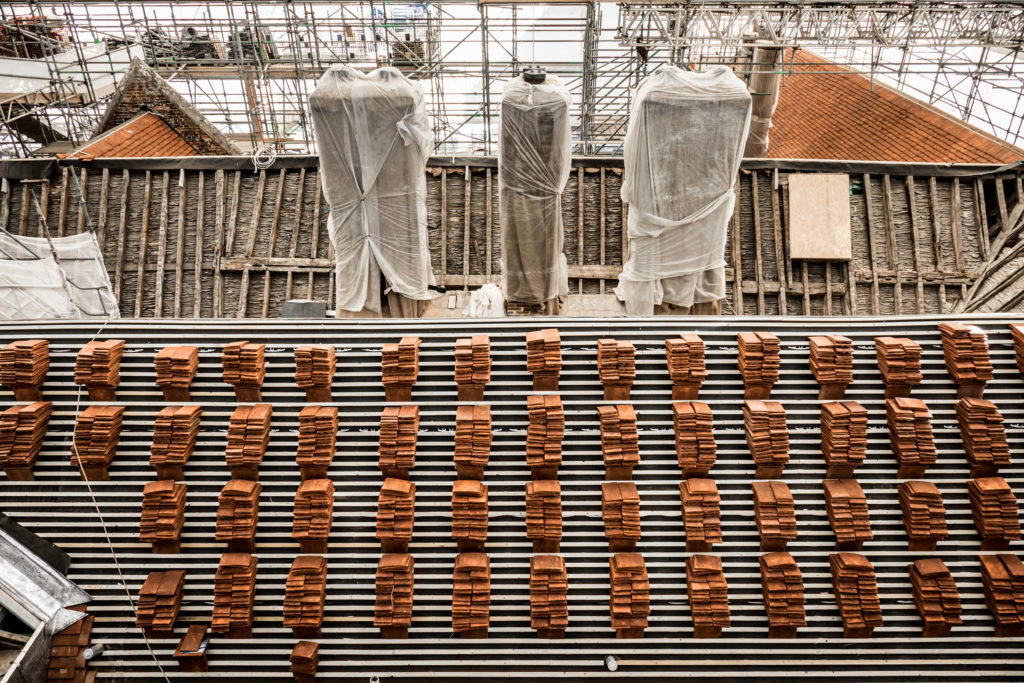 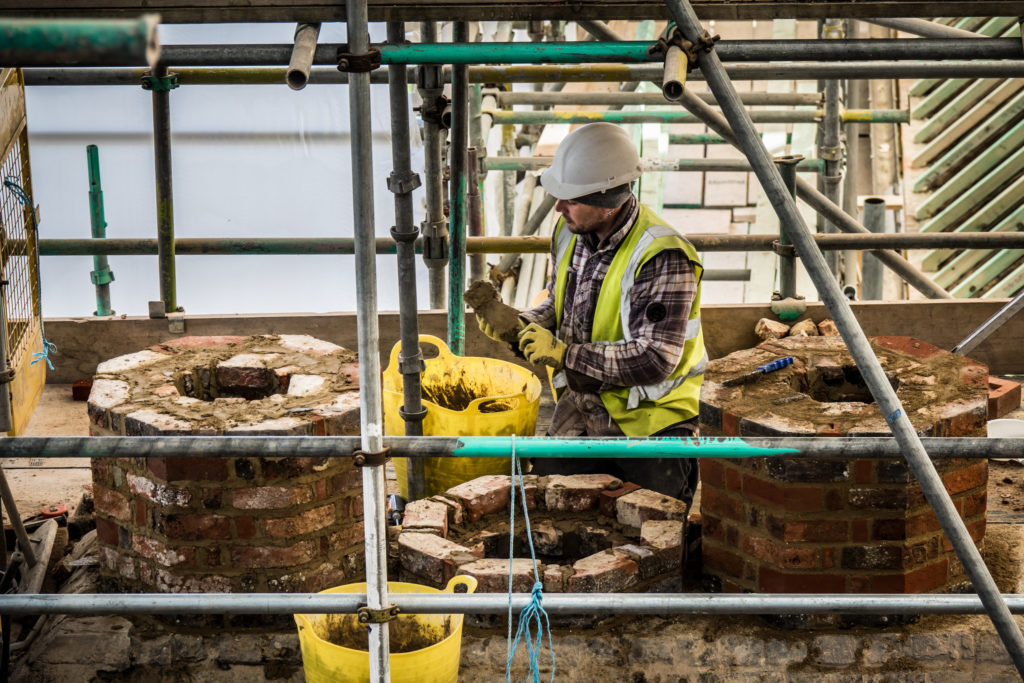 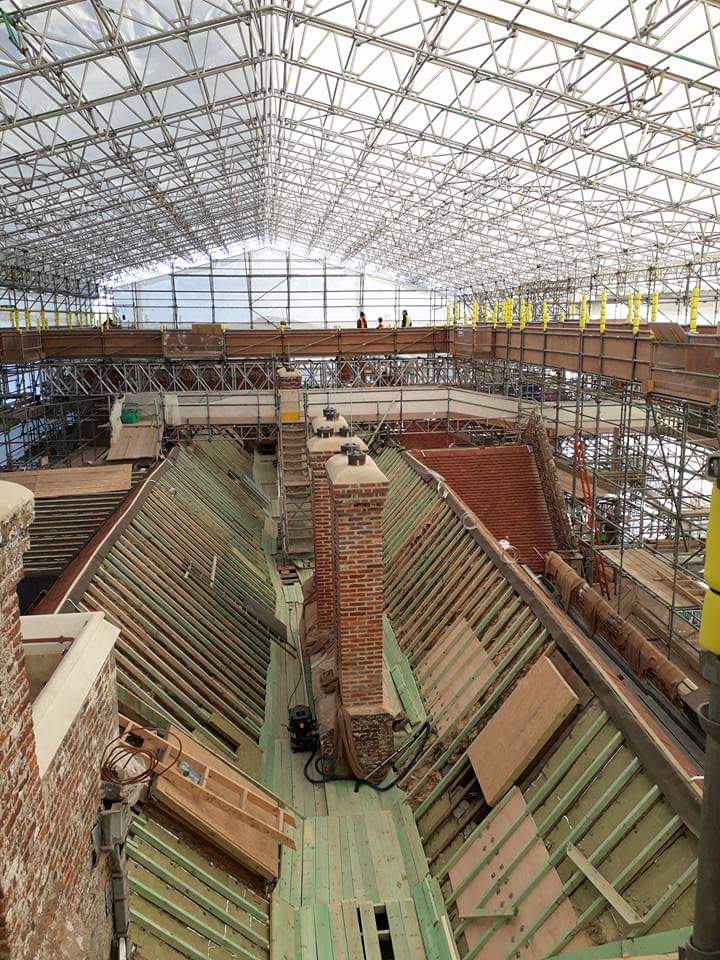 Located in Sherborne St. John, near Basingstoke, The Vyne is a 500 year old Tudor mansion.

In 2016 the National Trust embarked on a £5.4 million, 18 month project to restore and preserve a unique piece of English architecture. This was an enormous undertaking and involved replacing all 71,000 roof tiles, rebuilding chimney stacks, fixing battens and installing new insulation for The Vyne’s first major roof refurbishment since 1842.

Due to our experience working on restoration projects, All Brick and Stone were appointed to provide specialist guidance and supply brick specials for a set of three octagonal chimney stacks located on the west wing of the south courtyard. Weathering had resulted in the degradation of a number of bricks and as typically happens, damage takes the form of exfoliation of the brick surface, leaving cracks and open fissures in the bricks. The main challenge was fulfilling the replacement brick requirement. This needed careful consideration due to the unusual shaped chimney stack and also the extent to which the existing masonry had deteriorated. Bespoke bricks were specifically made to match the originals which were not of a standard brick size. After carefully considering colour and texture, recommendations were made to provide a sympathetic blend with the original brickwork structure. The final specification was a soft red brick which weathered down and mellowed in colour to complement the existing architecture of this beautiful building.

The Vyne rooftop was unveiled in 2018, revealing the newly constructed chimneys, which now sit as a shining feature of this historic property.