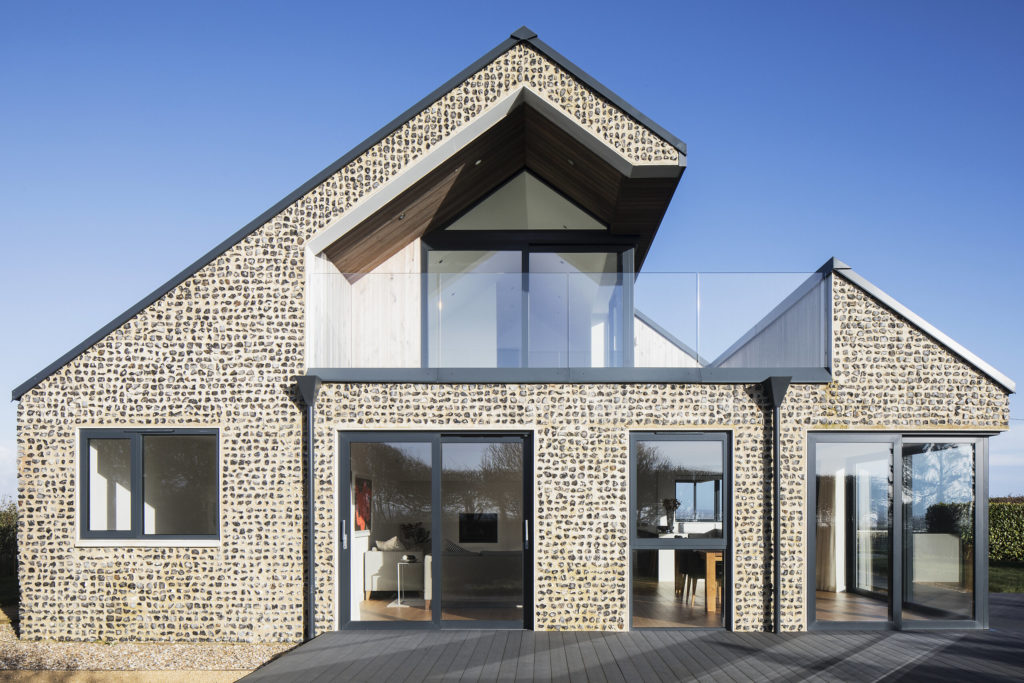 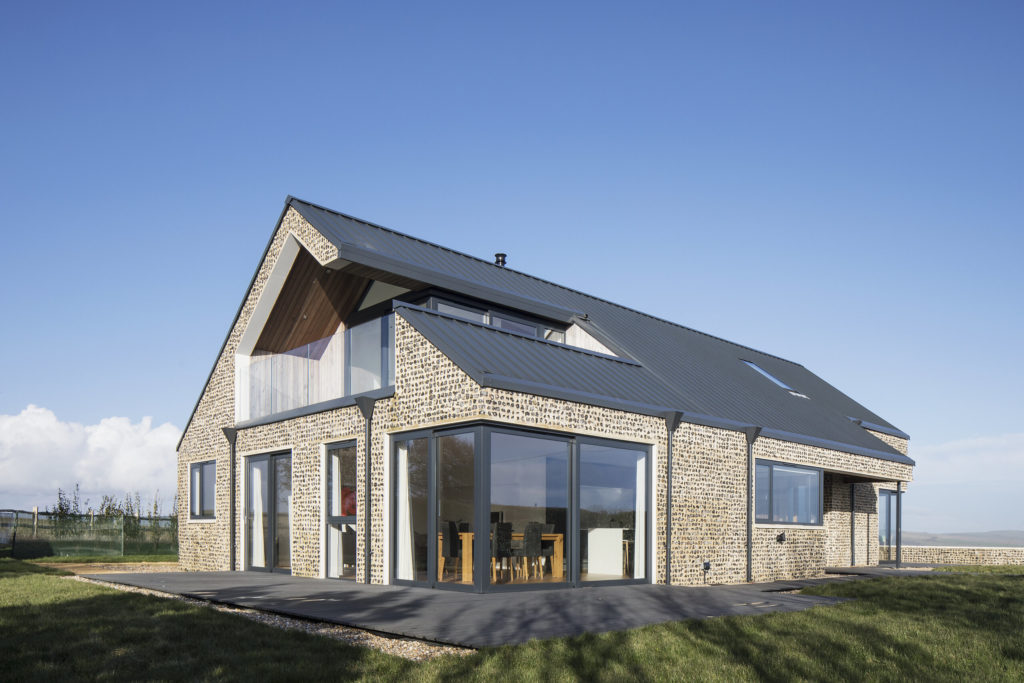 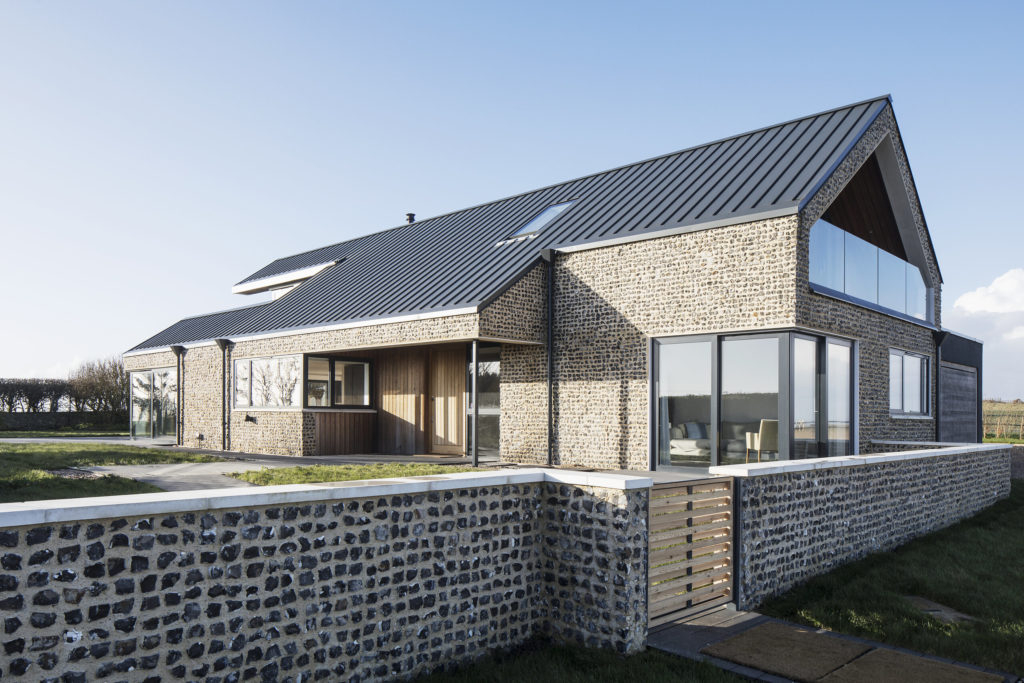 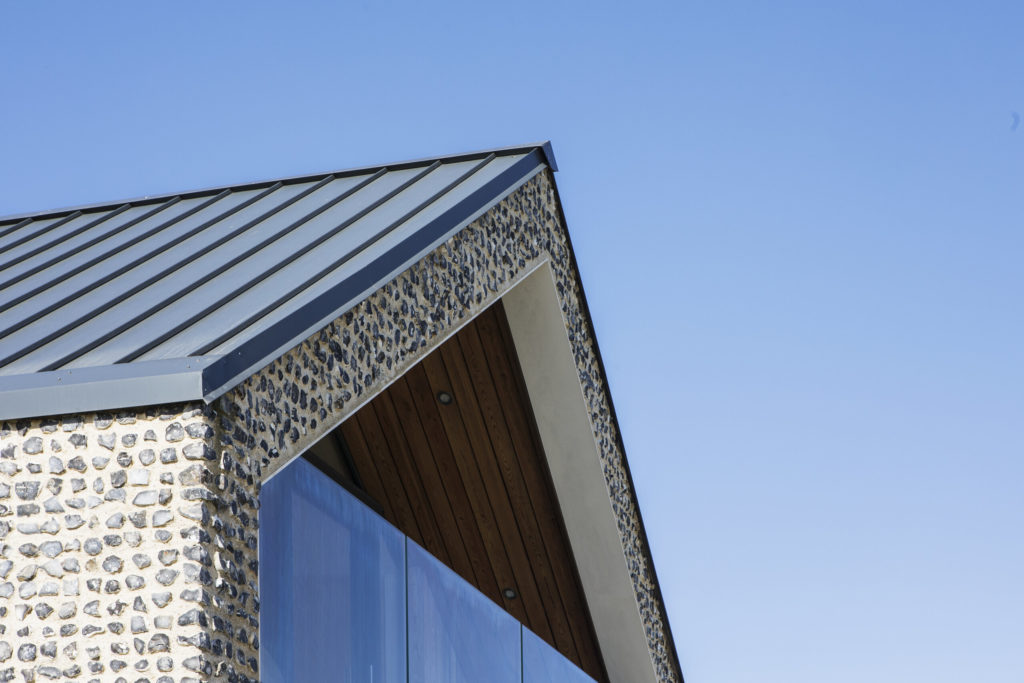 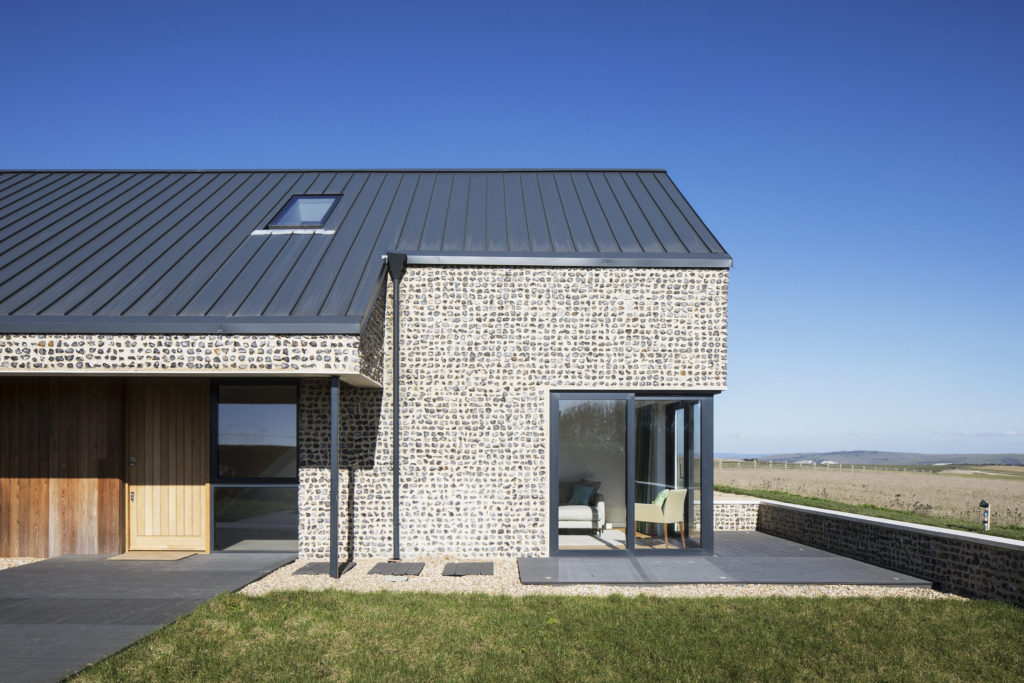 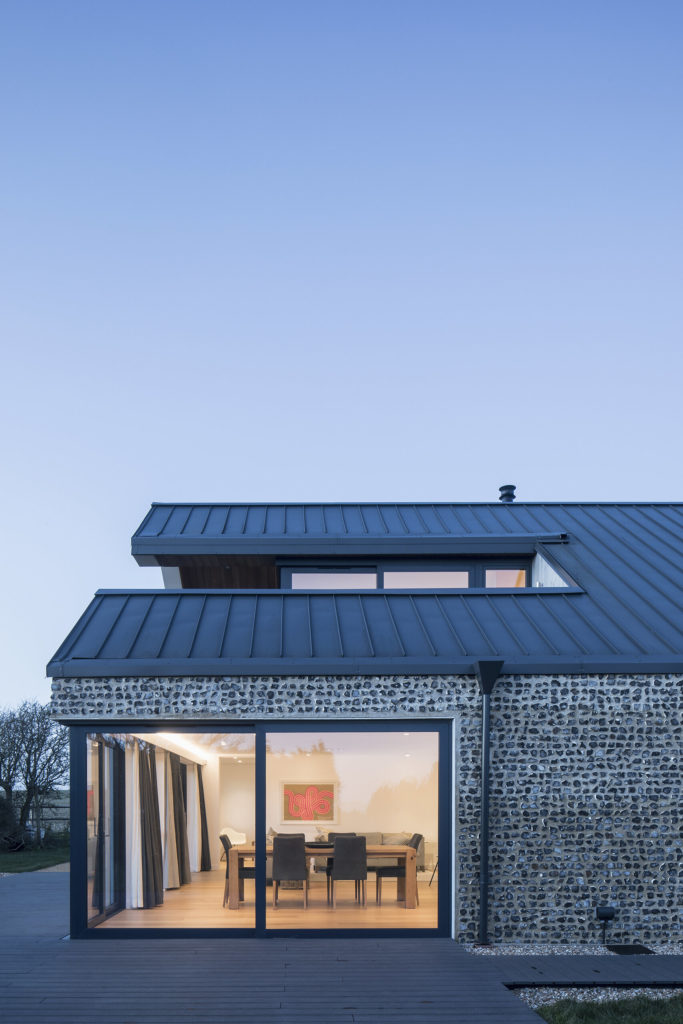 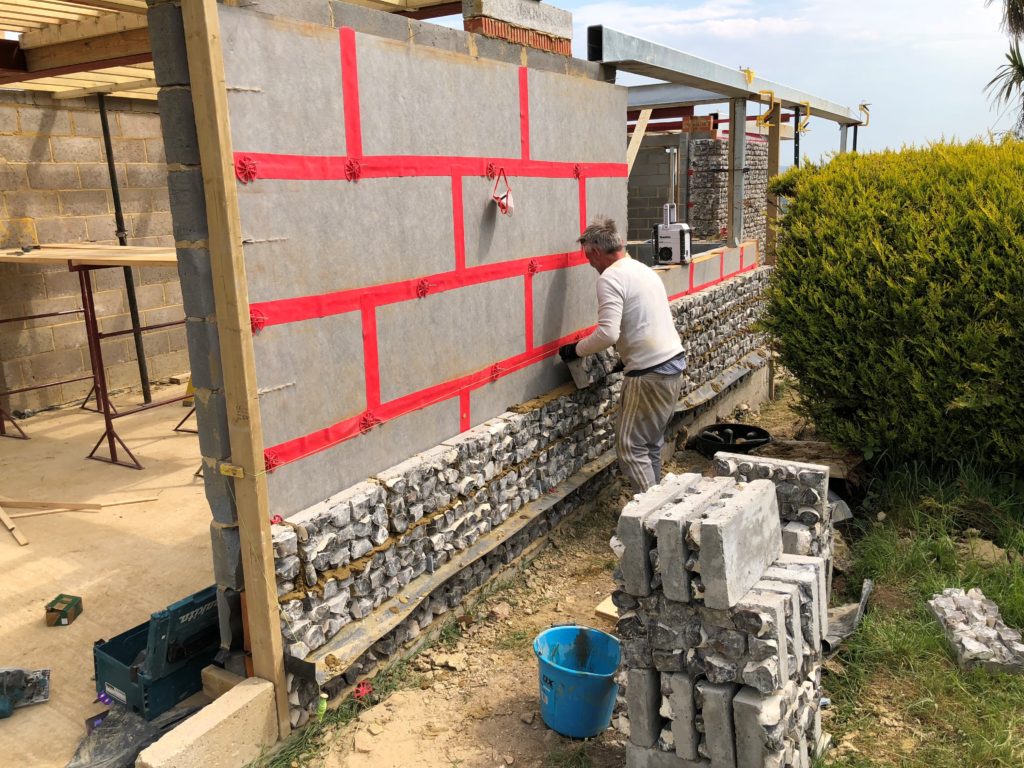 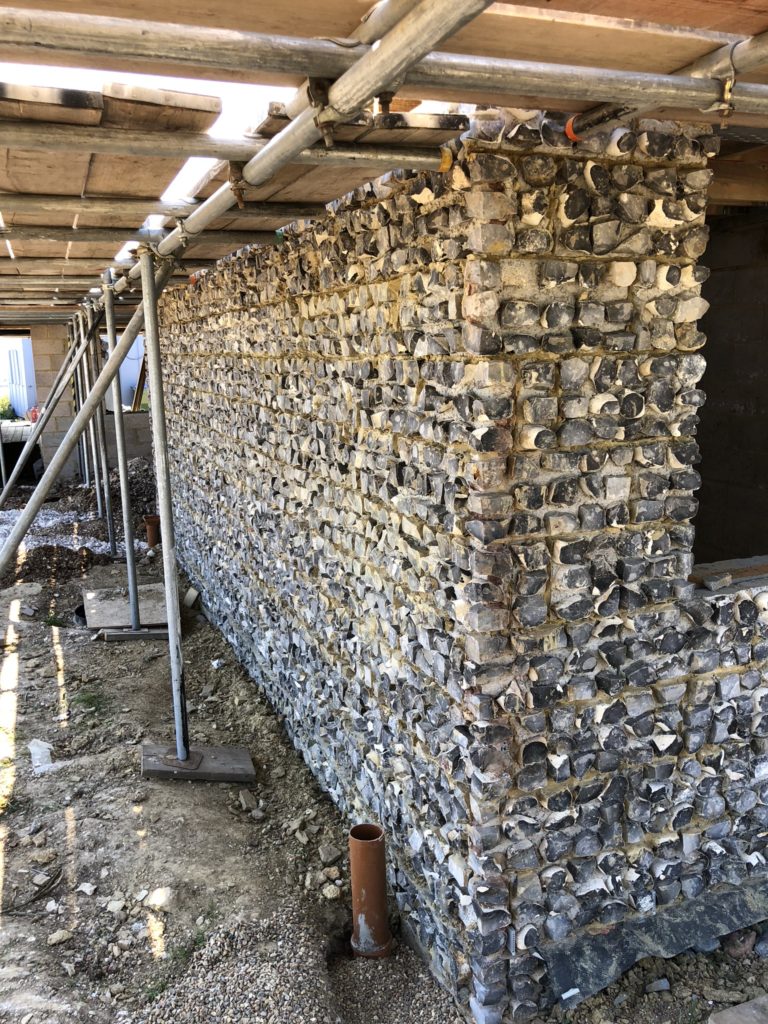 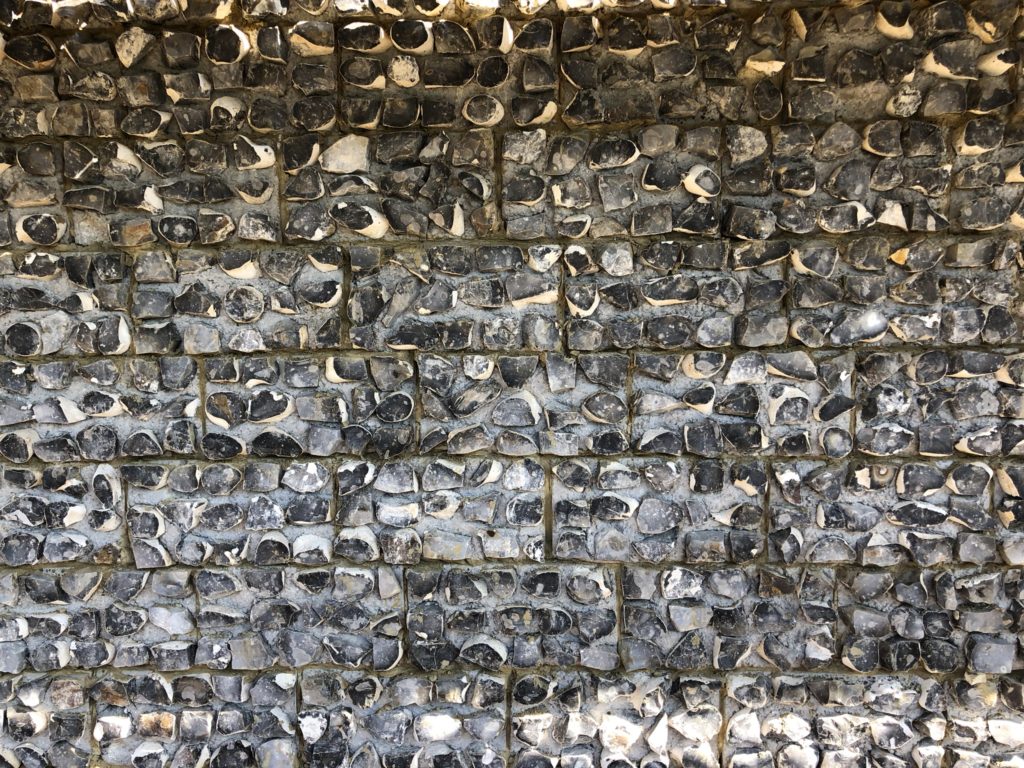 A construction of a new 5 bedroom house on top of the South Downs was the overall brief. The house was designed to replace a previous worker cottage and so the architectural design needed to reflect the simple nature of that type of dwelling, as well as its surroundings.

One of the key decisions was to clad the building in flint, as it is a local material, taking inspiration from Brighton College to recreate an entire flint exterior. A flint-impregnated concrete block was chosen as the preferred method of construction, however the architects found that many flint blocks on the market were designed in such a way that, even when pointed, the pattern of the blockwork coursing was still apparent.

All Brick and Stone were approached and worked in partnership with MortonScarr Architects to design a custom flint block that contained the specific size, shape and distribution of flints.

Working closely with MortonScarr, the challenge was to recreate a slightly squared off flint effect rather than irregular format thus keeping within budget as original squared flint was expensive to reproduce. The whole building needed to be supplied in flint blocks including the cantilevered gable in order to match the architectural drawings. The entire house was constructed with the bespoke sized blocks and no loose flint was used at all. In addition to the flint blocks, our corner reveal blocks were also used to enable the project to have no visible brickwork or quoins.

Samples were issued, selected and approved and then sample panels were delivered onsite for material and mortar selection. The final block was made up of coursed chalk flint with a squared off flint effect.

Overall the architect and client were very pleased and the project was a huge success.